Please feel free to contribute by:

IMPORTANT:  Any edit made that is considered spam or vandalism could result in a ban from the site, so please be considerate when editing. Please consult our Manual of Style for a guideline on how to edit the wiki.

Hungry lights was originally under the name and concept of a different project called, "amnaeon." amnaeon started off as a four-man-band in 2009 with Justin as the lead vocals, guitar, and song-writer. Throughout amnaeon's existence, members abandoned Justin's project to pursue other goals, Justin continued growing it as a solo musician, and in 2013, released a 14 track album titled, "Aorta Borealis IV."

Over the next year and a half, Justin released three more 14 track albums titled, "The Proamates III," "Wolfpit Drive V," and "General Reem II." Justin had been working on his fifth album, which he made known would be under the title, "Mt. Krell I," when he suddenly announced he would be remastering his first album again. Many fans were concerned that the songs would not be as good as the originals, but Justin disclosed that he had been revising and recreating some of his songs since 2006, and that they had technically never heard the "originals.

A month or so later, he uploaded a very emotional video to his YouTube channel where he disclosed that he hated doing covers, and was extremely upset that his fan-base preferred hearing him sing other people's songs over his own. He felt that they did not appreciate his true passion, and soon after, left all social media, deleting his YouTube channel, Soundcloud, Facebook page/account, Bandcamp, and taking what he could of his music with him.

Two months later, a YouTube video under the account "Hungry Lights" appeared of Justin apologizing for offending anyone with his final video but stating that he was not apologizing for what he said.

Upon his return, he appears to be in high spirits, and has obtained an extreme distaste for the ego. He constantly encourages others to find their "true-selves" and to let go of the "reflections of society."

On October 11, 2015 Hungry Lights released his debut studio concept album The Awry Ascent, which is the first chapter in a story titled From Windfall To Hell.

All artwork on this site was created for The Hungry Lights Wiki by James C. Wyntehr. All official album artwork was provided/permitted for use on this Wiki, and is by Hungry Lights. 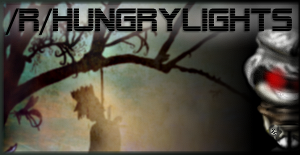 Retrieved from "https://hungry-lights.fandom.com/wiki/Hungry_Lights_Wiki?oldid=2039"
Community content is available under CC-BY-SA unless otherwise noted.